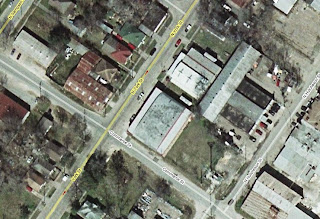 (Click all images for larger photos.)
The building is a privately-owned warehouse at the corner of N. York and Commerce. Engine 17 is first on running schedule. Although the construction would be dangerous if the building was heavily involved, the ceiling spaces are fully sprinklered and the building is well-maintained. 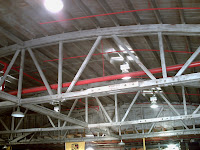 The owner says it was built during World War II and originally served as a parts warehouse for the Sherman Tank factory that used to be on (you guessed it) Sherman St. during the war. 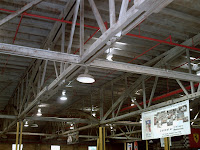 Captain Therault wins the ice cream sandwiches. He not only correctly identified the address but sent a satellite photo of it.
Posted by __ at 16:12